President of the management board

The creator of iWealth. He manages strategic areas of the company’s operations.

He has been working on the capital market since 1996 and was appointed president of iWealth’s board in December 2017. Previously, he was a board member at BRE Wealth Management, vice president of the Xelion Investment House and chairman at Skarbiec TFI. In 2013, as the president of Skarbiec Holding, he introduced the company to the Warsaw Stock Exchange. He is a member of the EFPA Polska Council – a Foundation for Financial Consulting Standards and holds the title of Executive MBA.

He established the Double Challenge Fund, a charitable organization with currently gives support to the St. Krzysztof’s Oncological Hospice Foundation in Warszawa. Passionate about long-distance running, he participated in 4Deserts, a series of ultra-marathons organized around the world. 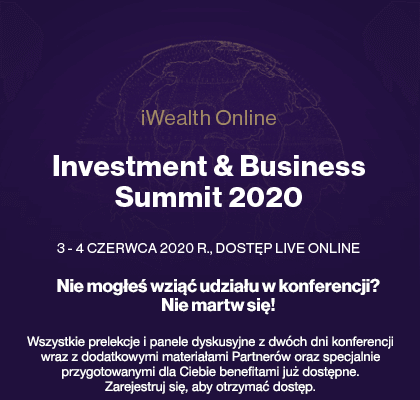